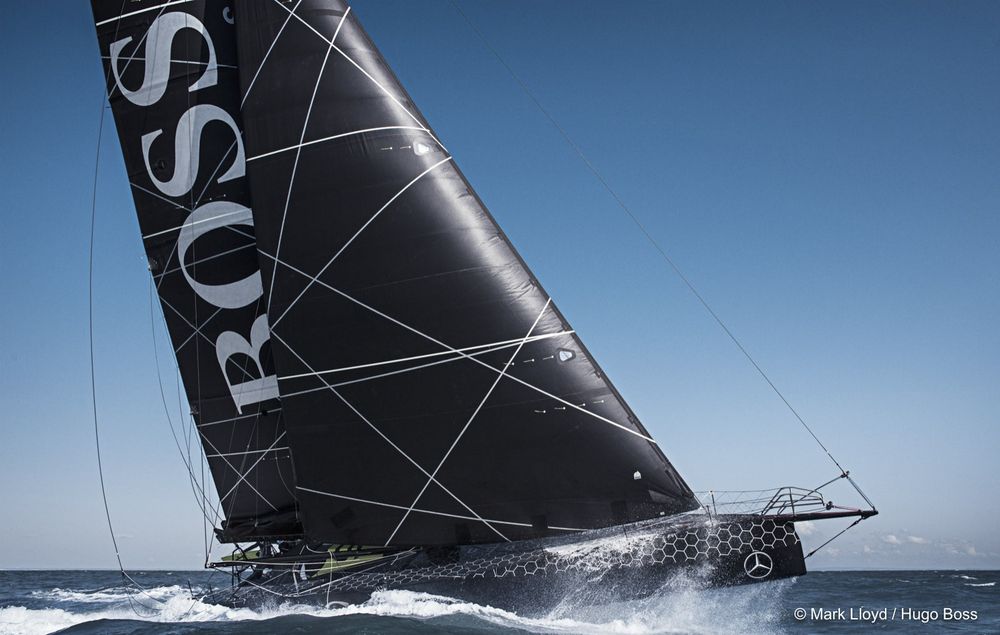 The skippers are better prepared than ever, but the new generation foil borne IMOCA 60s will require more physical and mental endurance than ever before.

Beautiful weather in north west France is blessing the skippers who will start the Vendée Globe on Sunday 6th November with a perfect time window during which to maximise their rest and relaxation before what promises to be a high intensity, high stress opening few days. The top skippers are better prepared than ever, some visibly stronger and fitter, but the new generation foil borne IMOCA 60s – in particular – will exact a proportionately greater physical and mental test than ever before.

“The level of professionalism has increased. But I think the guys will need to start a bit cool if they want to get all the way around. When the boats are capable of over 30kts and nearly fully foil it is pushing the boundaries of what a man can do singlehanded.” Confrms Guillaume Verdier the naval architect who, with his team of five collaborates with VPLP on the design of the leading IMOCAs such as Banque Populaire VIII, Edmond de Rothschild, St Michel-Virbac and Hugo Boss. The VPLP Verdier partnership have 12 designs in this edition of the race and were responsible for the two first finishers, François Gabart’s record breaking MACIF and Banque Populaire. “They will need to have to use their own energies better. I am not sure they can stay at 27kts for hours on end. That is a big question.”

Verdier thinks the physical requirements may yet prove a levelling factor: “ In the end the physical aspect can level down the foiling versus non foiling equation. These are very stressful boats. When they are foiling the motion is violent and the noise is huge. Sometimes the foil does act as a damper. That was my first hope that it would be a damper and that is true upwind sometimes. But there are a few difficult conditions when it is worse than anything and the guys will suffer much more than the guys with ‘classic’ boats.”

He continues: “ I guess the human element is what will hold the boat back. It is hard to say but it is a big proportion of the performance. The guy who is very relaxed and can put the part of his brain which feels stress into a cupboard and then be relaxed and focused. Like François Gabart – he kept the part of his brain that is making him clever and left the part that makes him stressed somewhere else. Armel Le Cléac’h is like that too. All these guys are incredible for that.”

After a series of initial problems suffered by some of the foiling IMOCAs during last autumn’s Transat Jacques Vabre race, Verdier explains some of the improvements to the foiling systems, the structure surrounding and supporting them: “ We have very good tools now to improve the foils. The tools have improved. The keel does a lot for side force (resisting leeway), the hull contributes about 10% and the foil is doing the rest of it. We have found more tolerant angles of attack. We were getting cavitation as well and so we improved the profiles and have improved the shaft. They (the shafts) are not lifting the boat so much, they are more neutral, and the tip is working more. That is why the tip area is greater now. Now the shaft is more an object to support the tip, like on a Moth or a kitesurf.”

And the interface between the hull and the foil has been structurally improved: “ We try to secure the hull more in case there is an impact. And if there is water ingress it does not become dramatic. So we try to make sure that the foil would (ultimately) break at the exit of the hull rather than it breaking the hull. You want a strong foil you don’t want it to break the hull. The foils are full carbon but you don’t want it to damage the hull. The nasty thing is because the foils are nearly horizontal they are quite exposed”

The race record has reduced with successive editions. The theoretical course distance is much the same as last time 24,020 miles. The measurement of the rhumb line course in the last edition did not take account of the most likely course – that is to say skirting west of the Saint Helena High. Instead it passed closer to the African coast in the South Atlantic. Even so a course record does seem likely. And François Gabart’s 24 hour record run during the last edition, 534 miles must be under threat. “ I think we might see a gain of three of four days. It is very hard to say with the ice exclusion zone. But I am pretty sure we will see a new 24 hour record.”

And where does Verdier see the future gains? “I think there is a lot of development still to come. There is plenty of scope for going faster but probably making the boats more simple. I think they are too complex.” But he cautions once again that the IMOCA machines are racing prototypes and there can be no inherent expectation of finishing. “ The chance of not finishing is so, so big. It is like the Le Mans 24-Hour Race. My worry is that sponsors might think of this like a supermarket product, bought off the shelf, ready and bullet proof. But these are racing prototypes of 30,000 man hours to build and that is unique. It is the total opposite of an aeroplane for example on which each part has undergone 15 years of development before it flies. I hope people don’t see it as a normal, everyday thing to finish the race.”