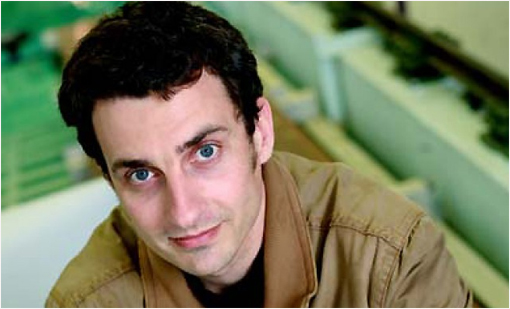 Vendée Globe 2012. Designer Guillame Verdier is one half of the partnership VPLP-Verdier which, prior to the last Vendée Globe, really pushed IMOCA Open 60 design away from the prevailing equation that the biggest, most powerful boats were necessarily the fastest around the Vendée Globe course.

Starting out with Safran and Groupe Bel they investigated reducing drag in all forms and reducing weight to produce a slimmer, faster boat which is arguably easier to sail. The VPLP-Verdier designs have proven successful, not least winning the last Barcelona World Race and the last Transat Jacques Vabre 3 with Virbac-Paprec 3, where their designs taking five of the top six places.
In this edition VPLP-Verdier are the most prolific designers of the newer generation boats with six of the total entry from this partnership.

Verdier is no stranger to collaborating on Vendée Globe winnig design teams, previously working as part of the team at Groupe Finot on Michel Desjoyaux’s 2000-1 victorious design PRB, re-optimising the boat for Vincent Riou to win again in 2004. But he still striving to have a race winner with his signature to it, along with those of Vincent Lauriot-Prévost and Marc Van Peteghem.
A renowned free thinker, Verdier worked with Yves Parlier on the hydroplane Médiatis-Région Aquitaine and presently is working with his small team on the design of Emirates Team New Zealand giant AC72 multihull for the next America’s Cup.

So just give us a reminder of which boats VPLP-Verdier have in the race and how they differ?
VPLP and I have six boats. They all maybe look the same from a distance, one hull is a little narrower – that is PRB, Safran and Groupe Bel – and MACIF, Banque Populaire and Virbac-Paprec 3 are a little wider, but not by much, probably 15cms.
MACIF and Banque Populaire are exactly the same and were originally built by Michel Desjoyeaux’s brother. They had to be built in a very short time and so there were lots of trade-offs. They made some simplifications at the time, Banque Populaire worked a lot afterwards to modify the boat.

Describe a little of the concept of your boats?
If you make a boat much more powerful then the sails have to be heavier and I think a boat has to correspond to, to fit, the individual sailor. That is the beauty of non-one design, Open designs. For the sailor who races around the world I liken it to an alpinist who has his own skis, his own material made for him. If it is too hard, too tough to move the sails and work the boat then they become a little lazy, these boats are so slow – in a way – they only go 13 or 14kts sometimes – that if you don’t have exactly the right sail area on, if you have a too powerful boat I think you end up not going on the deck to change the sails immediately, then you become very slow if you are not in tune all the time.

So how does that sit with the likes of the more powerful boats like Bernard Stamm’s new Juan Kouyoumdjian design?
But there might be a very good trade off as well. It is the choice the sailor has to make, do you want heavier sails and it is tough. I like Bernard’s boat, it is a nice boat and not radical like Pindar was.

And in the end how did the global economic situation affect your output, did that restrict the development of a potential newer set of boats?
Not much at all because we did design boats up to the last moment that we really did. In the end all the sailors were asking us to make the boats safer and optimising them to be more reliable, so we have done that job and done it fully. We have not really yet been impacted by the economy (in terms of the IMOCA Open 60 market). But perhaps there will have been that if the economy had been better then there might have been a younger generation of sailors with second-hand boats that we would have worked with to restore and optimise them. I do quite a bit of restoring older boats, like originally Yves Parlier’s boat, or the original PRB which won the Vendée Globe which won the Vendée Globe, which is still a great strong boat for doing the round the world. So we have not had these jobs, it is a shame there are not more ‘little’ entries. But the entries are good.

And what does the Vendée Globe race mean to you as a designer and as an enthusiast, a fan?
I love techniques, I love the engineering and I love the boat as an object. I love the human contact with people. And I came to sailing because of this race. I was dreaming of these boats since I was very young. And that was my dream when I was young, to draw a boat for this race. Last time we – with VPLP – had two boats in the race. When Kito dismasted it felt like such a waste, the feeling that all the energy wasted, for him. In fact the last time I did not feel so stressed, but this time I am feeling very stressed, not for the result but for the human side. I really hope there are no problems. Perhaps I should not feel responsible like the way I do. These machines are quite extreme. They are not unbreakable, if you decide to break them they will break. If they break and the guy is OK, then that is OK, I might lose my position as a designer, but if the guy is OK, then its OK. But I am a bit stressed by the human side.
But this is probably the same for any designer in the race.  When I worked for Finot for six years I remember the boss was very stressed too. It is human nature I suppose.
When I started out there was the story of Gery Roufs (Canadian skipper who disappeared while taking part in the Vendée Globe in 1997)  and so there were some bad feelings around then.

Do you think that the level of attrition will be lower this time?
I hope so. But statistically I am not sure it will be better. For me I compare it to the race like the 24 hours of Le Mans car race. It would be interesting to look and see if there is a higher proportion finish that race now after years and years. I think that the chance that a problem occurs on any of the boats is quite high. We design the boats to have a certain safety margin built in, if you break a stringer you should be able to carry on, if you break a panel I don’t want the crack to propagate every where, you should be able to carry on, if you break the hydraulic ram you should have the safety ram to take over. So if the boat breaks then you need to be able to carry on. That is why we put a lot of structure in the boat. Because the teams are more and more professional and it is better predicted, I think there is probably a bit less of a risk of failure than previous times. But on the other hand they push the boats harder and harder. So, for example, after the low pressure has passed you push, you accelerate off the wind with big waves then you slam like crazy. The boat is just crashing into the troughs and you can break the boat like that. So I hope they will measure their attack. They know it. Masts will be a common failure, because it is so important for the boat to have a light mast that sailors are prepared to take risks here. I might be wrong  but I feel I prefer a ‘classic’ mast (ie supported by conventional not deck spreaders). That is my opinion, but then half of my boats have wing masts. But that is my personal opinion. Singlehanded, a lot of them prefer the wing mast even because it means they can set the spinnaker without it going through the spreaders.

Want to join the discussion?
Feel free to contribute!