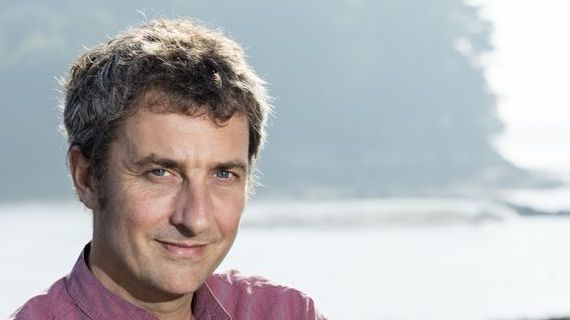 “I’m sure if there are things that are not going to work, we will fix it with the time we have.”

The Frenchman has led the America’s Cup in such a radical direction that it’s a question which deserves to be asked.

And as the Sydney-Hobart fleet heads off today, it is an appropriate time to highlight Frenchman Verdier’s incredible influence on sailing.

Ken Read, a veteran America’s Cup skipper who was a TV commentator in Bermuda this year, tells the NYT that Verdier is “a bit nuts”.

The 47-year-old Verdier, who joined TNZ prior to their agonising loss to Team Oracle USA in San Francisco four years ago, recounts how the great leap forward was made.

Even prior to the racing in Bermuda, Verdier had already designed a similar 38-foot monohull for a private client, although it still had a keel.

In discussion with veteran TNZ member Ray Davies, they talked about getting rid of the”draggy” keel. But Verdier worried that it would capsize easily, so set about putting weight in the foils.

“We need some stability before we start flying, so we make the foils like canting keels.

“This kind of boat existed in the past, with twin keels, so I said, ‘Let’s make a kind of twin keel but with foils, not too heavy, just enough so we can right it up at 90 degrees when we cant it the correct way.'”

After the drama provided by foiling catamarans in Bermuda, TNZ and challenger of record Luna Rossa have found a way of keeping the excitement while still returning to monohulls.

With the keel gone, the immediate America’s Cup future rests on twin canting ballasted T-foils which are raising both excitement and concern.

TNZ’s design co-ordinator Dan Bernasconi believes the boats will foil in 9 knots of wind speed, and could be on the foils for entire America’s Cup races in certain conditions.

“If we went out one afternoon and saw one of those foiling down the harbour, having never seen one before, it would definitely be like, ‘What the hell is that?'” Bernasconi said.

“And so to actually say that’s going to be the next America’s Cup boat, yeah, it is radical.”

Iain Murray, an America’s Cup race director and skipper, told the NYT: “I’m having trouble connecting the dots in my simple mind.

“I’m sure once the new boat is on the foils with stability, it will be great. It’s just getting on and off the foils is the part I’m struggling with.”

For those who might be worried, Verdier is on a roll. His success in 2017 includes TNZ’s America’s Cup victory, the Vendee Globe solo round-the-world race, and he will head the design project to take the Volvo Ocean Race boats to a new level.

Added to that the record-setting LDV Comanche, which took line honours in 2015, will be among the favourites in this year’s Sydney-to-Hobart.

“My wife will say it’s too much,” says Verdier, who is assisted by French colleagues and others around the world.

“I work a lot of hours, and I’m working from home, so that helps me. I’m very dedicated to the work, and the way I do it is if you look closely, I don’t do so many boats per year. I do maybe three or four, but I don’t do 20.”

Read says: “Guillaume is right there with the best of the best because he has earned it. No razzle-dazzle. He’s simply smart, creative, a bit nuts and works extremely hard.”

Comanche finds new owner Down Under