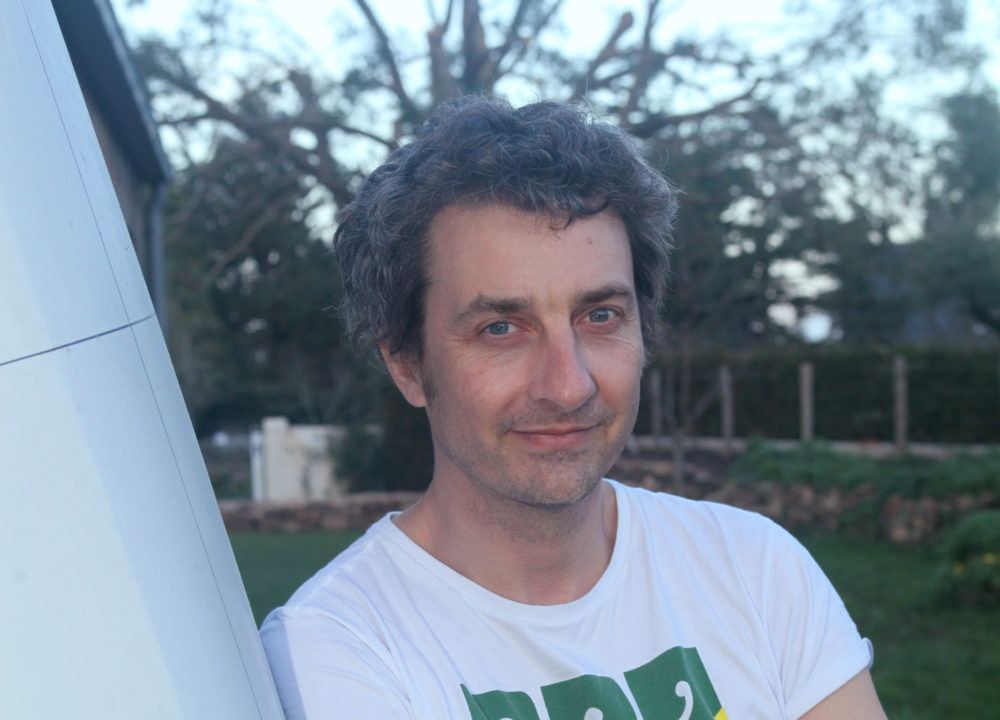 Verdier and his team of designers will be working alongside a Volvo Ocean Race Advisory Board, featuring race veterans and team directors.

Hi Guillaume! Tell us a little bit about the team you’re putting together to lead the design of the next generation Volvo Ocean Race boat…

The group will be made up of my usual French team, plus some Kiwis. There’s around 16 of us in total, and we’re very used to working together. The thing that’s pretty unique about the way we work is that we’re rarely on site together. We’re also quite interchangeable in the way we work – we’re a group of specialists, but all of us are more or less capable of doing the full thing.

How important is it to get the input of Volvo Ocean Race sailors in the design process?

It’s super important, and we’re introducing some Volvo Ocean Race veterans into the design team really early on for that reason. You get a unique perspective from the sailors, as they explain to you all of their tricks, how they survive on board, and how they look to exploit the boat to the max.

That’s important – after all, if you design a single-handed boat, for example, the way that it’s sailed is completely different to a fully-crewed boat. You have to make a judgement of the machine you design based on the capacity of the sailor to exploit it.

How do you balance the battle between speed and safety? And how much do you take a sailor’s daily life on board into the design process?

It’s important, for sure, and it will probably affect the width of the boat a little bit. We’ll make changes for ergonomic reasons to ensure that the sailors are – well, not comfortable – but at least surviving on board. For instance, the cockpit might be a little bit more protected than in previous generations. That little bit more shelter allows the sailors to maximise the potential of the boat.

We will make extra effort to keep the crews safe, as Volvo Ocean Race sailors have a reputation for pushing really, really hard. They’re relentless. In single-handed sailing, there’s a tendency for the sailors to be a bit more careful about their boats, but in a Volvo Ocean Race team, I think they push it harder than ever, which makes it more prone to breakages. We may have to consider downgrading the performance factor slightly in order to retain a certain level of security, which is a key aspect to bear in mind especially when you’re racing in the Southern Ocean.

I’ve got to check safety a bit more due to that. I’ll try to turn that into benefit, probably by making the boat stiffer, and I’ll try to transform the safety aspects into some interesting features. It’s about trying to see a ‘problem’ from another point of view.

The next generation of boat is part of a series of major announcements on 18 May which will take the Volvo Ocean Race into the next, exciting phase of its history. Do you feel a pressure or responsibility on your shoulders?

I feel pressure in that there is always huge risk in designing new boats. It’s a big challenge to design a machine that is extraordinary to sail but safe at the same time. It’s always a fine line, and at the end of the day, we always have pressure when we send someone to sea, racing around the world.

But it’s a feeling that I’m used to. In the last Vendée Globe, I had 12 boats and you want to see everyone come back, so yes, in that way, there is pressure, and you feel it.

The sailing world is desperate to know whether we’re going to see a monohull or multihull design in the next race. What are you considering right now?

For sure, there are benefits to both designs. In Europe we have a lot of experience with offshore multihulls, and they’ve been proven to be durable. But there’s always a risk of capsizing, and the boats are always on the edge of safety, structure and performance, and that’s a big decision to make. But I must say, from a technical and design point of view, a multihull would be extremely interesting. We have the technology, but it’s never really been done yet in the way that we might do it.

Do you think that the Volvo Ocean Race has a monohull identity? In a recent fan poll, the popular vote was overwhelmingly for a monohull…

I don’t think so. I think actually that it doesn’t make that much difference – one hull, two hulls or three hulls, it doesn’t change the identity of the race. The object of the race is that a group of people race around the planet, fighting hard all the way. There are ups and downs – there are extreme periods and slow periods with no wind, and that’s the same in either a monohull or multihull. Whether the boat is a monohull or multi doesn’t change the identity of the Volvo Ocean Race for me, I think it’s all about the people that race it.

How about foils? Are you considering adding these to the next generation boat?

It’s a challenge because you’d have to explore the possibility of a foil that is capable of lifting you off the water, and to be able to sail with it over a long distance and many days and nights. It would also require a boat which is much stronger and stiffer. We know it’s doable, we know we have the technology, but it’s never really been done yet. The key with foil assistance in the Volvo Ocean Race is that we know that the sailors in this race would never retract them, whatever happens. Where the single-handed guys might slow down, they won’t – the Volvo Ocean Racers will never retract the foils. They’re much more relentless.

But it’s an illusion to think that an offshore boat can foil all the time. If we do make foil assistance, it would need to be able to be safe, and it’s important that the sailors can disengage the foil. You have to make a boat that’s good enough that even if you break the foil, or in case of an impact, lose the foil, you can always get back home safe. When you have the foil on, you have to show that the foil doesn’t harm you when going through bad weather. That’s no different on either monohull or multihull.

Persico Marine has been announced as the lead boatbuilder on the next generation of boats – have you worked with them before?

Yes, I’ve worked with Persico twice before. Once was with Team New Zealand, and Persico Marine built the sister boat of the AC72, so that’s when I first met them. The second time was a boat that did the Vendée Globe called ‘No Way Back’, which is the sister boat of the eventual winner, ‘Banque Populaire’. That boat is one of the most beautiful constructions I’ve seen. I really appreciate the work that Persico do, and they’ve built some beautiful machines, so I have no doubt about their capabilities.

Everything you need to know about Guillaume Verdier’s design team:

What’s behind the design of Alex Thomson’s Vendée Globe racer Hugo Bos... For the Kiwis, a Win Could Mean Rewriting Rules for the Next America’s Cu...
Scroll to top