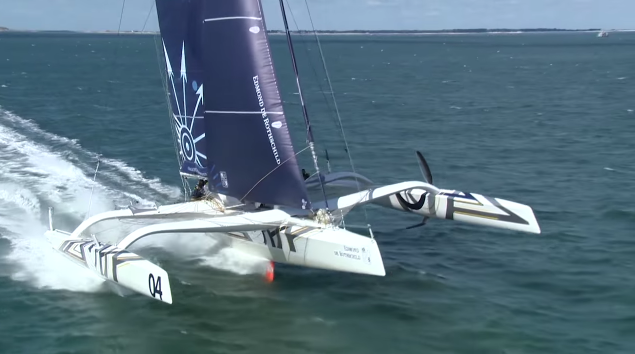 In late 2013, the members of Gitana Team embark on an adventure that is as thrilling as it is complex: overhauling the Multi70 Edmond de Rothschild, a 70-footer initially built to race in crewed configuration on a one-design circuit, in a bid to become the first flying offshore trimaran. It is an ambitious project.

Like Rome, which wasn’t built in a day, the transformations to Gitana XV call for over two years’ research and innovation to satisfy the objectives of the five-arrow team. However, everyone agrees that the interplay is very worthwhile. Just a few days ago, equipped with her new appendages, the Multi70 Edmond de Rothschild definitively took flight, racking up some 43 knots on the speedo in 20 knots of breeze and thus validating the efforts of a whole team, supported by the passion and commitment of the boat’s owners, Ariane and Benjamin de Rothschild.