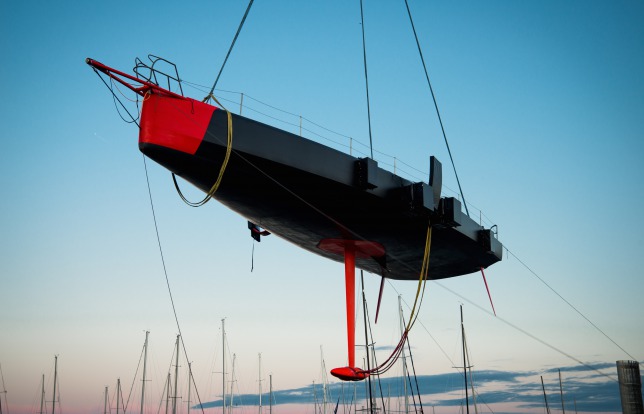 There’s going to be new skipper in the 2016 Vendée Globe and his boat will probably be prepared by the twice winner of the event.  With just over a year to go to the start of the Vendée Globe, Andrea Mura’s brand new VPLP-Verdier designed boat was put up for sail and has already found a buyer. The new owner remains anonymous for the moment, but we do know that he has the support of Michel Desjoyeaux and his Mer Agitée ocean racing team.

The Sarde SRL, the company set up to support Andrea in his campaign for the next Vendée Globe made the announcement that the boat was up for sale yesterday in a press release. “It was a difficult decision having to put this gem up for sale. She was built in Bergamo at the Persico Marine yard and fitted with the latest technology for the new generation of boats designed by the VPLP and Guillaume Verdier teams.” Presented to the press last June, she is of course the only one of the six brand new boats for the 2016 Vendée Globe to be in this situation with a year to go to the start.

Andrea Mura explained to us a while back how his main partner, the Region of Sardinia, had withdrawn because of the economic crisis (the boat was called Vento di Sardegna) forcing him to look for new partners. However, this did not lead to any positive results, so he was forced to sell his 60-foot IMOCA, which was designed to compete in the next Vendée Globe.

The skipper keeping quiet, but Mer Agitée has spoken 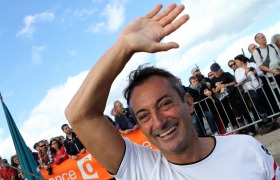 In its press release on Tuesday, the Le Sarde SRL added, “We are confident that the boat will race at the highest level and we wish her future owners all the best.” Andrea is of course extremely disappointed, but intends to bounce back. “I feel rather bitter because of this sudden ending, but it is in my character to look for other challenges. I am already thinking about new projects, and new records to aim for.”

A new generation boat which is ready to sail with just a year to go to the Vendée Globe was bound to attract a lot of interest. On Internet and social networks, rumours began to spread that the boat had been sold. Some of these stories indicated that a businessman wishing to race in the next Vendée Globe had acquired her and that he had called upon a leading French ocean racing team to run the project. And now those rumours appear to be largely true. 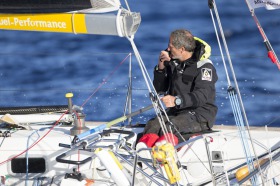 We contacted Michel Desjoyeaux and he has confirmed this information. “We were the intermediary in these negociations and I can now confirm that it is true. On the other hand, I can’t tell you who it is, as I have signed a confidentiality agreement. You’ll find out in due time.” As for the question ‘Is Mer Agitée going to prepare the boat and skipper for the next Vendée Globe?’, Michel Desjoyeaux replied, “It’s highly likely. The only thing I can say for now is that the boat won’t remain moored up.”

Conclusion: the VPLP-Verdier designed boat built by Persico Marine will be lining up at the start of the 2016 Vendée Globe. Without Andrea Mura, but with a mystery skipper on board, who wishes to remain silent for now. We can rest assured that the boat and sailor will both be ready, as when you work with Michel Desjoyeaux, you don’t really have any other choice! Already the rumours are doing the rounds on the web, as people try to imagine who exactly the skipper will be and who the buyer is. And the speculation will surely keep building.